A basic guide on hunting the big beast known as “Bigfoot”.

In this guide I’ll list helpful locations for items and weapons.

Grab your guns and read carefully. 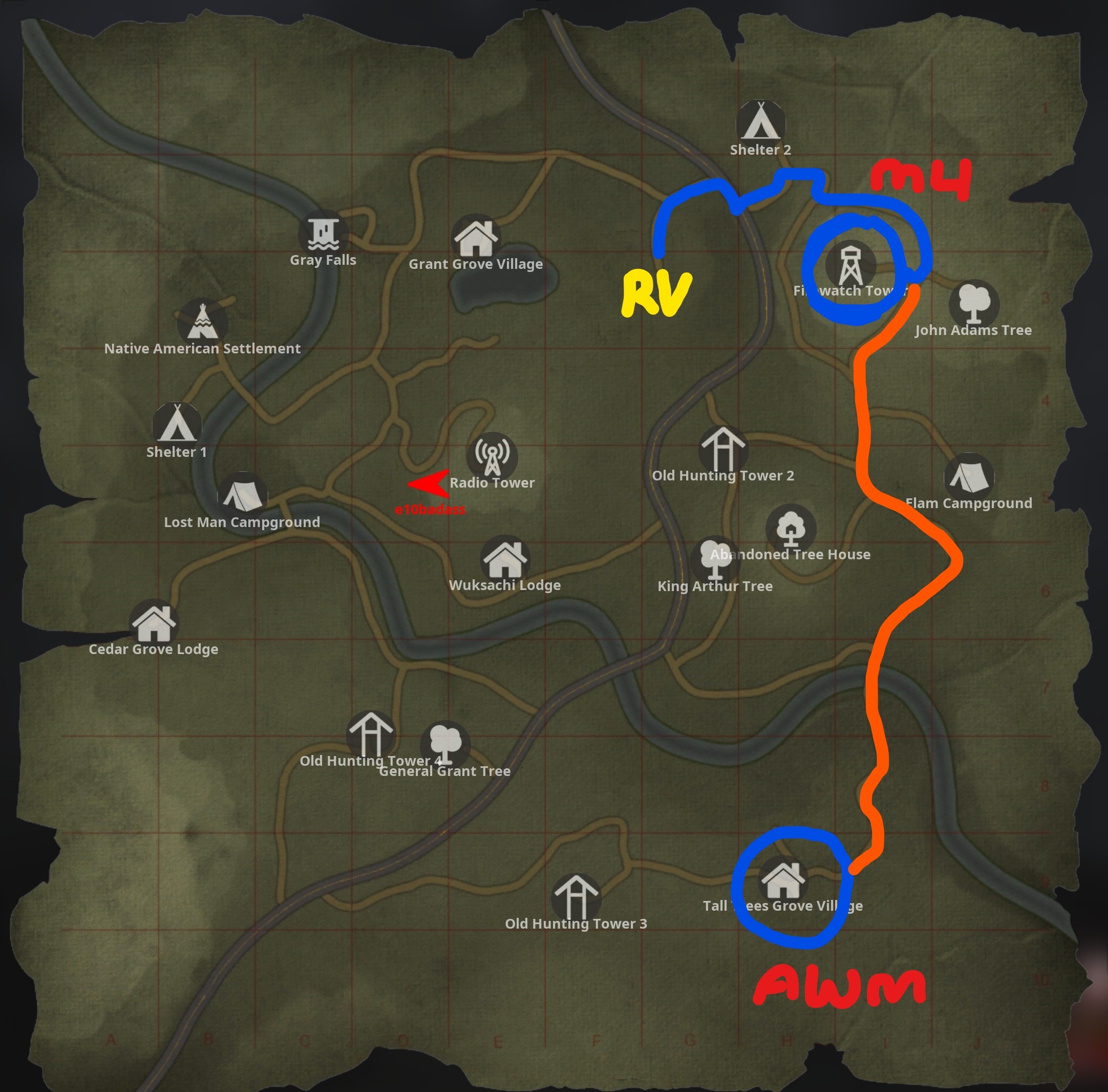 This is the map for the game, as you can see it shows all the locations in the game.

I recommend discovering all of them, as they will help you get items for the hunt.

I have drawn trails to show the path to the 2 locations. These 2 locations have the big weapons,

the m4 and the AWM, I recommend looking around the map for the codes to unlock the gun safes.

Codes have chances to spawn at any of the locations on the map. 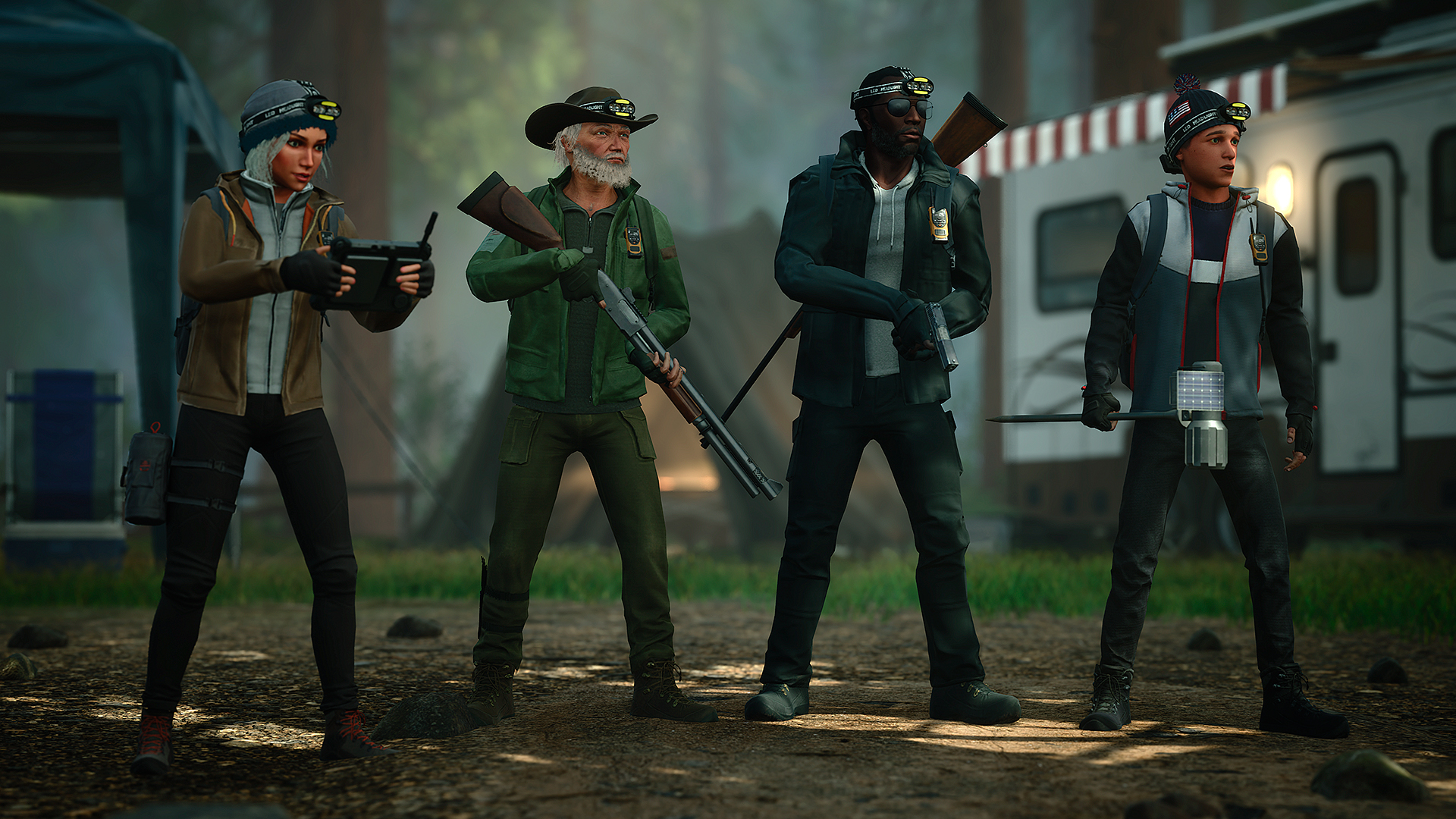 Next up, there are the main characters, Rick, Tom, Will, and Jess.

When Rick was six years old, he went on a camping trip that changed his life. Since then, all he’s wanted to talk about is Bigfoot until eventually everyone who knew him claimed he was insane. But that didn’t faze Rick. He went on to be a professional hunter, mastering the art of stealth. He went on to become the founder and leader of the Bigfoot Research Association (BRA). He spends his days focusing on a single goal: finding out the truth. Did he really meet Bigfoot that day?

Thomas is a policeman who always had courage and strength, but this power didn’t save his loved ones from death, because Bigfoot turned out to be stronger. After resignation, he decides to join the Bigfoot Research Association (BRA) team and prevent further deaths. Tom has always shown courage and strength as a policeman, but it wasn’t enough against the legendary Bigfoot. After losing his loved ones from the beast, Tom resigned from the force and turned to the BRA. He believes that with them, he can find Bigfoot and put an end to the killings.

William is a college student whose life revolves around programming and computer games. His dream? Making the first great game about hunting Bigfoot. Will wants to get on the front lines and learn all he can to make the most realistic and influential Bigfoot game possible. Will joins the BRA, eager to learn and see Bigfoot up close.

Jessica is a primate expert, one of the youngest in her field. She’s eager to be the first to discover a new species, hoping to receive the Nobel Prize in cryptozoology. All she needs is some proof of Bigfoot’s existence, and the BRA is ready to help her.


All the characters have unique abilities that can help while fighting bigfoot. 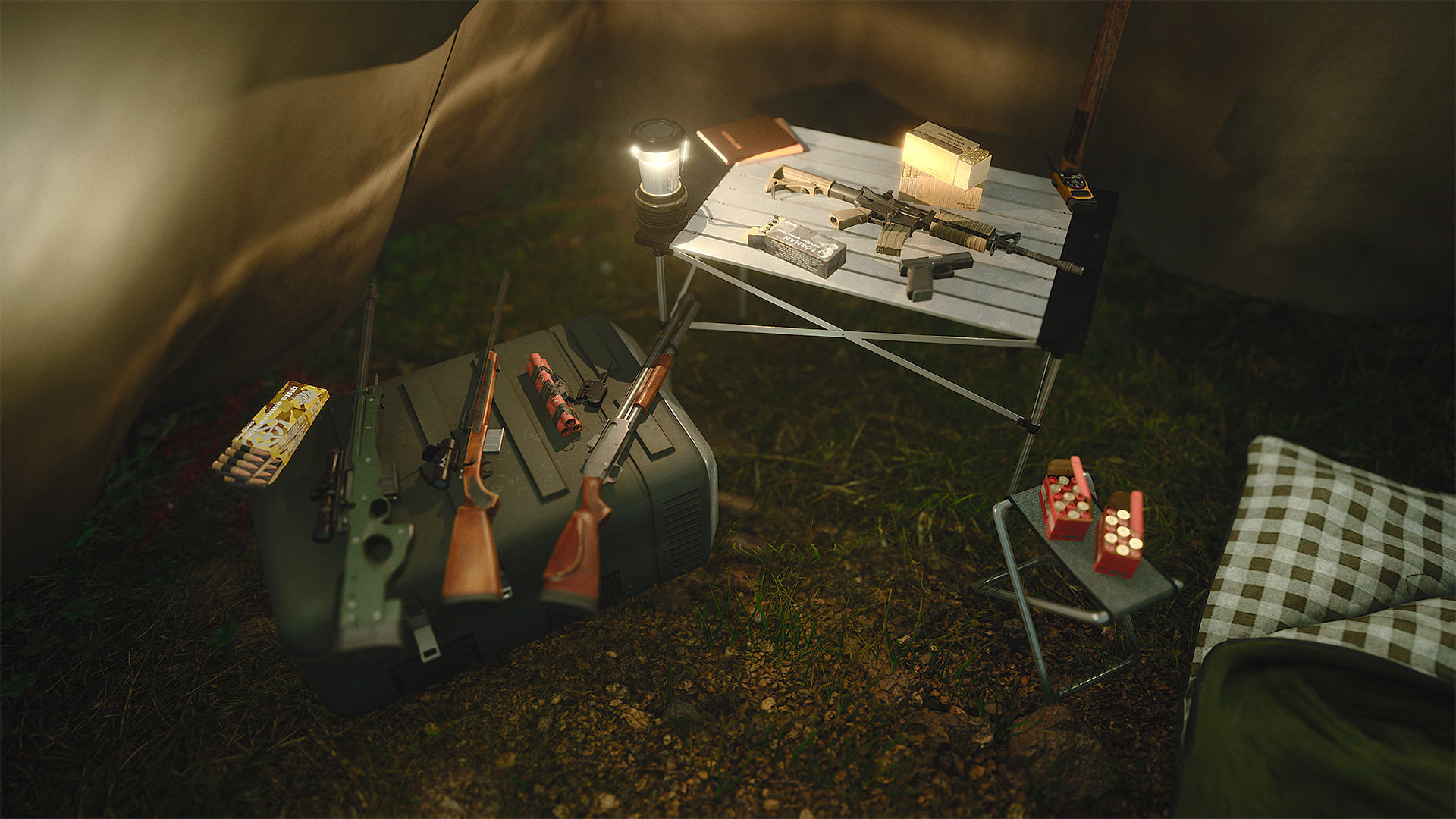 There are a total of 10 weapons in the game technically (not including melee weapons). 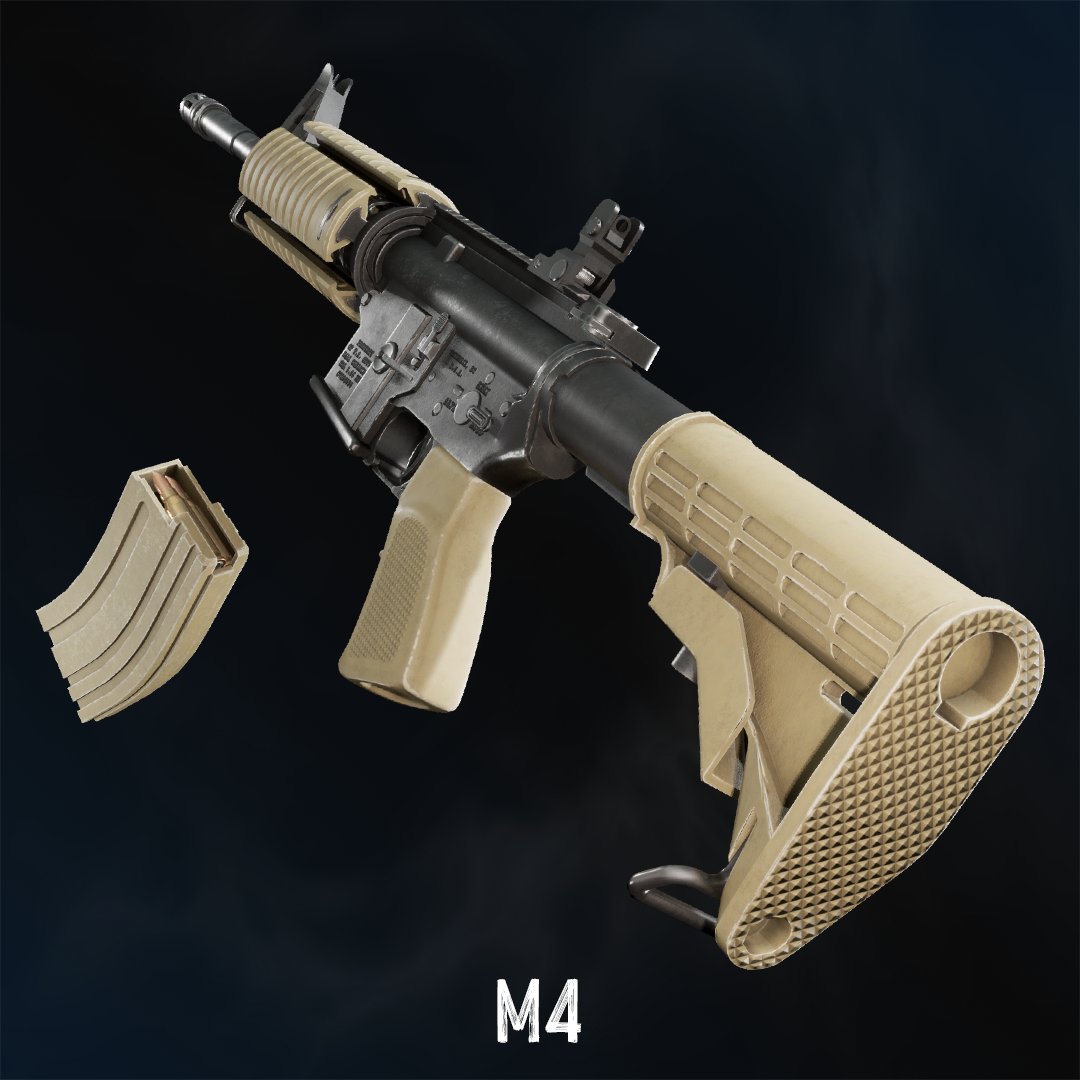 First is the M4, one of the most powerful and special weapons in the game.

Guns like the M4 are locked behind gun safes and require you to find a code around the map to unlock it. The M4 uses 5.56 ammo to shoot. 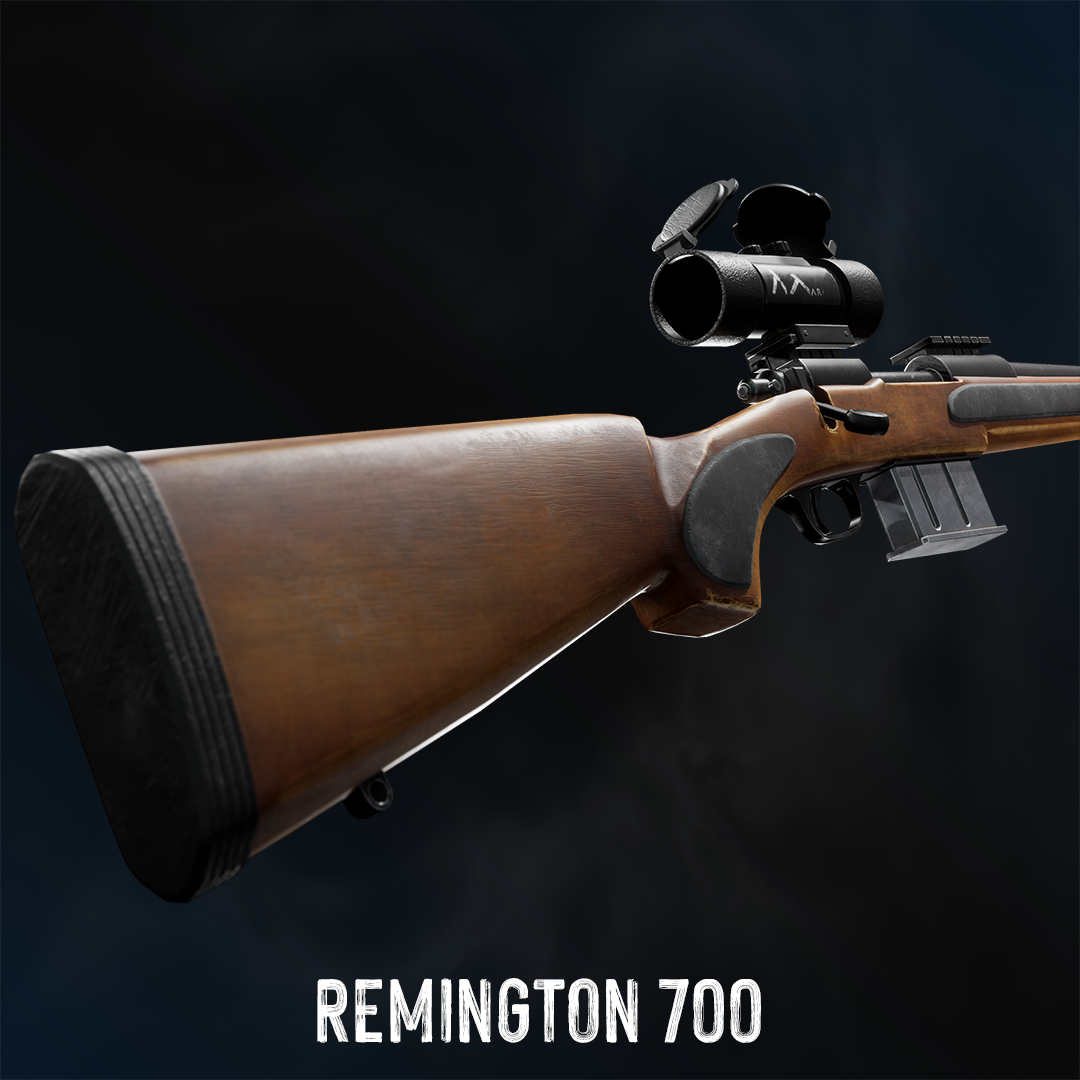 Next is the Remington 700, one of the first guns you can find at the starter location (The RV).

This comes with a built in scope, and is semi-automatic. The R700 uses 7.62 ammo to shoot. 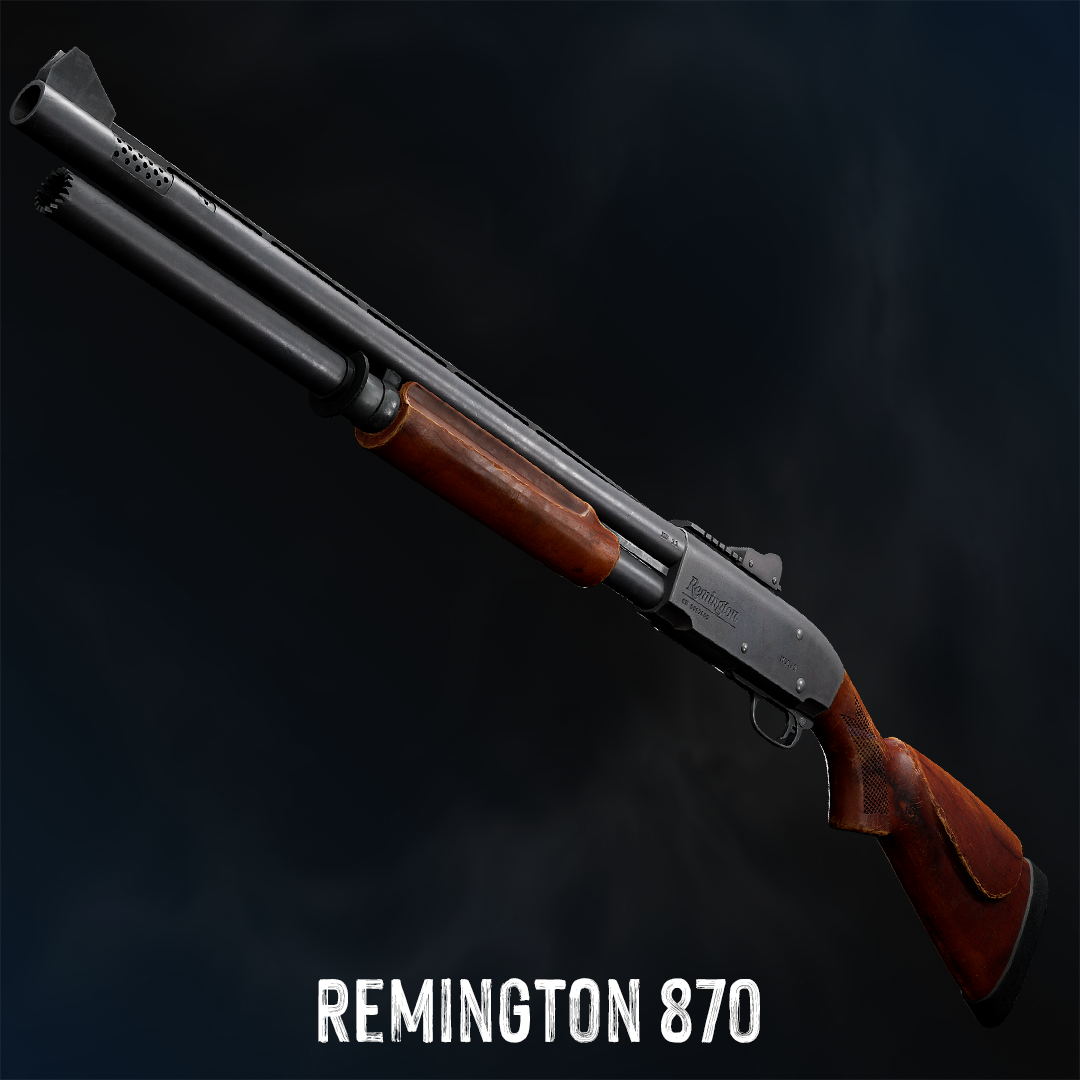 The only shotgun in the game is the Remington 870. You can find it in the cabins near the starting location. This shotgun uses 12 Gauge ammo to shoot. 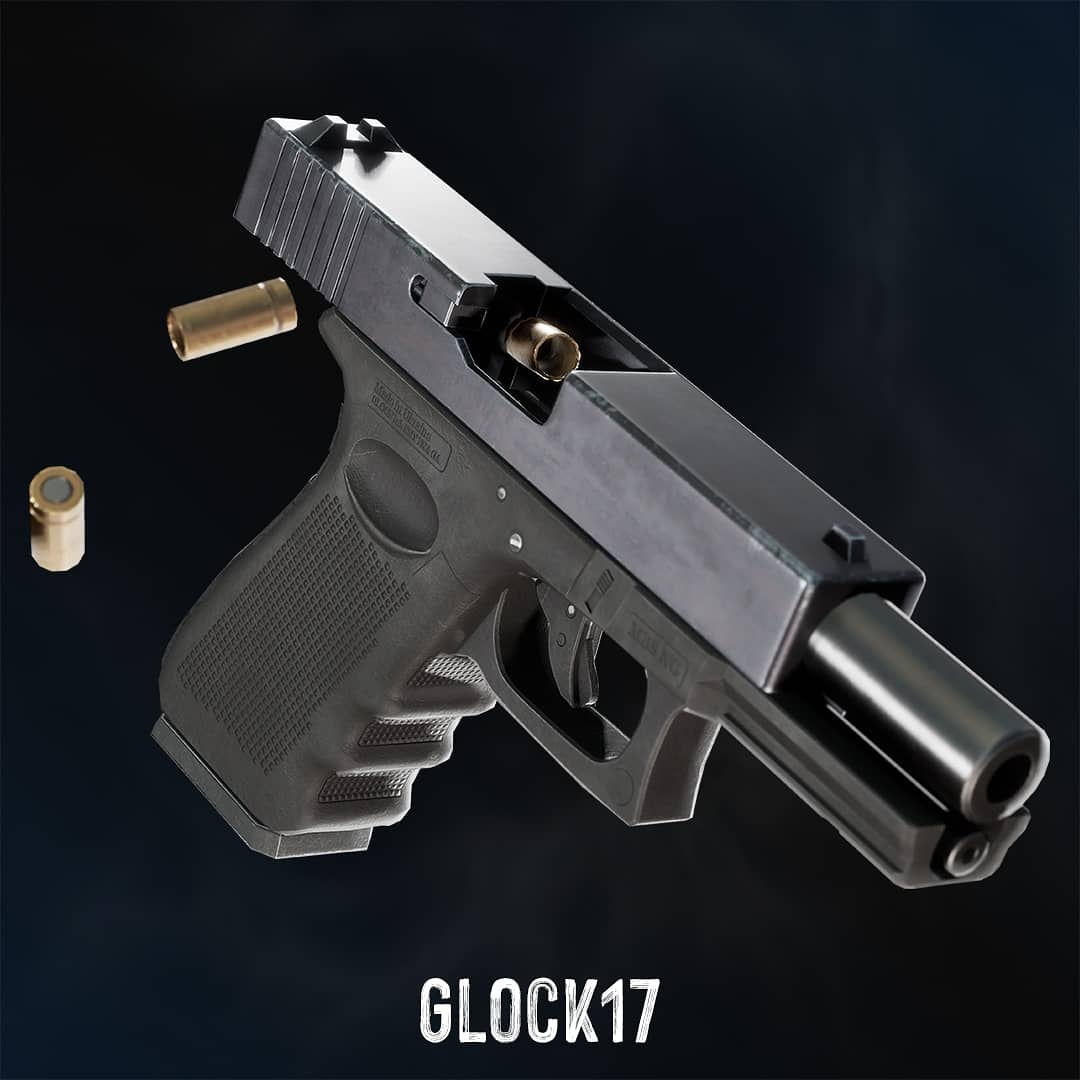 Alongside with the Remington hunting rifle, the Glock 17 is one of the first weapons you get, you can find it in the RV. The G17 uses 9mm ammo to shoot. 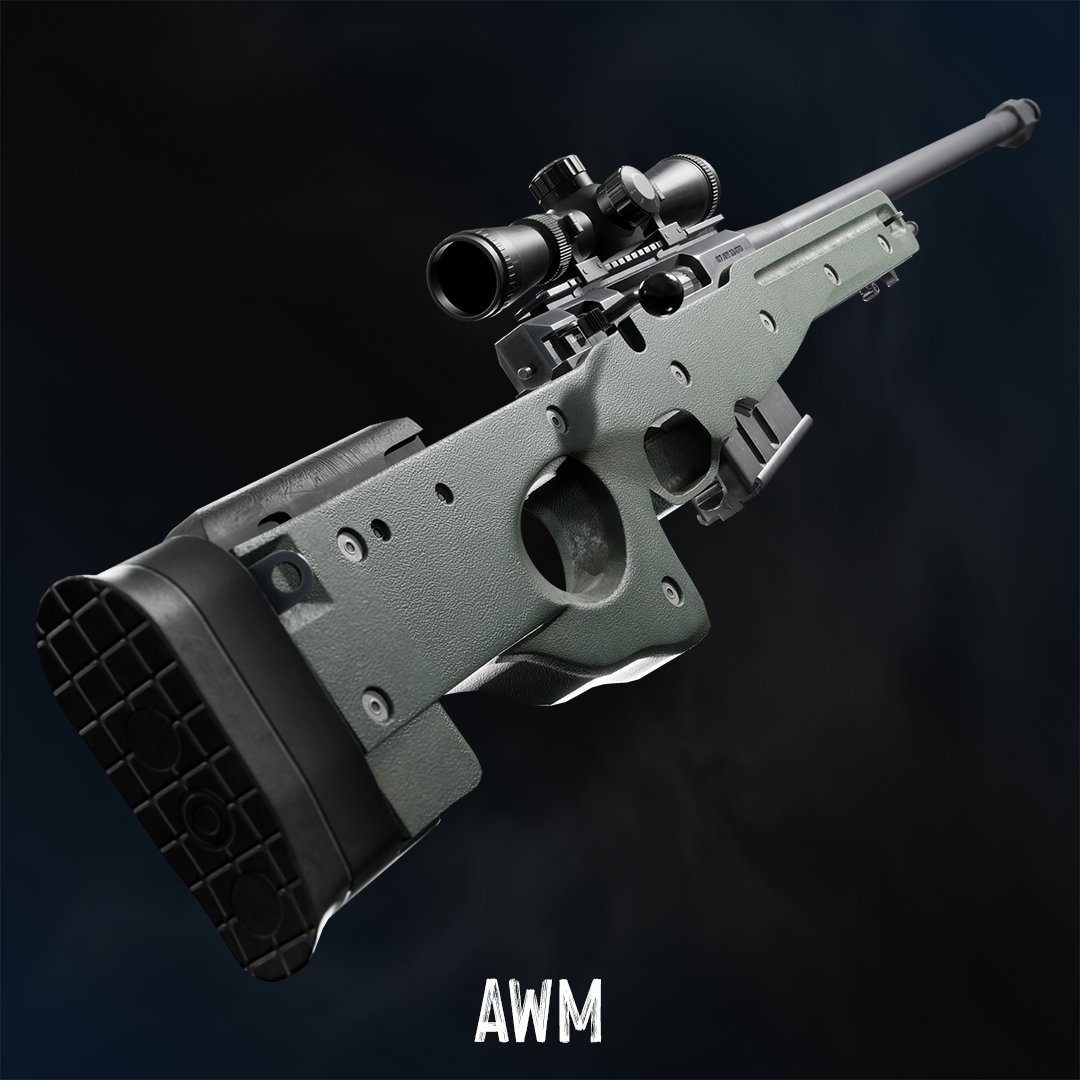 Last and definitely not LEAST, is the AWM. This is thousands of times better than the Remington hunting rifle, and you can find it on the map I drew. The AWM also uses 7.62 ammo to shoot. 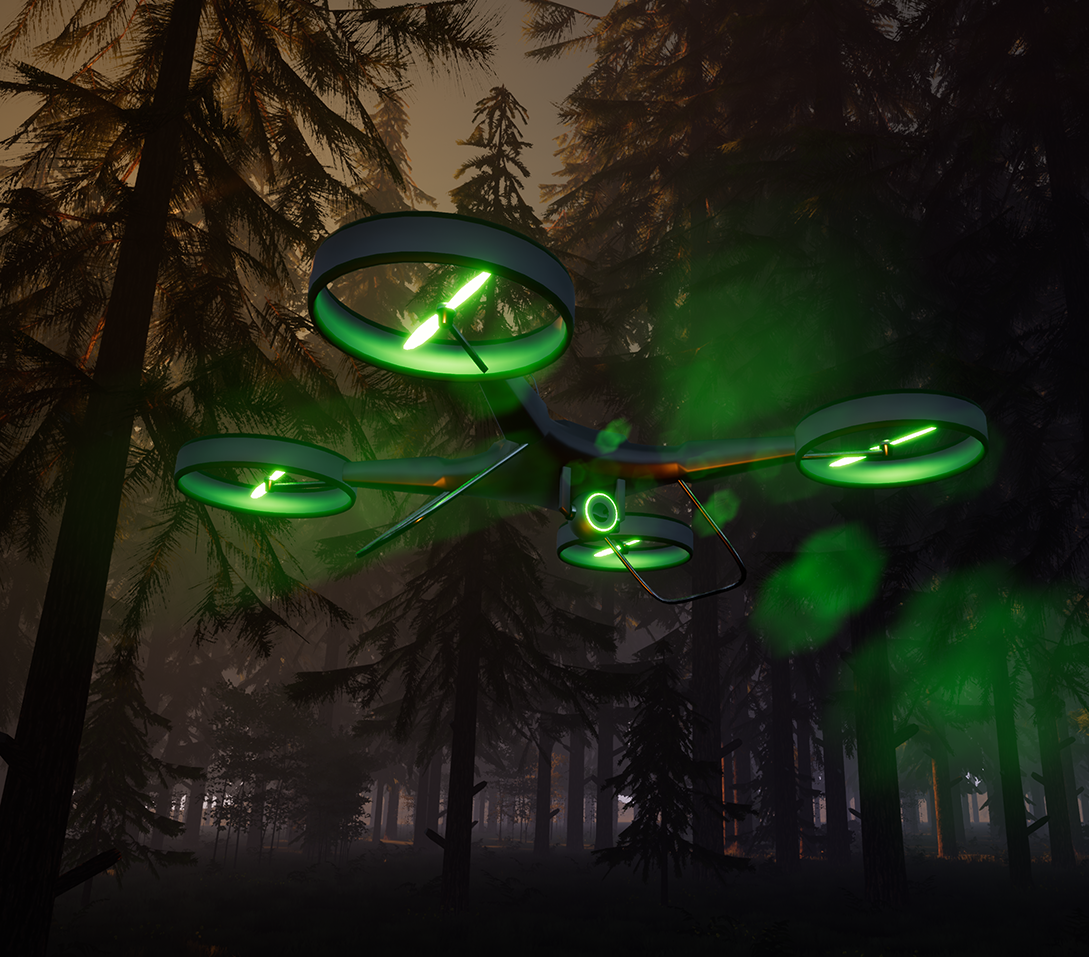 One of the least used weapons is the drones. You can use it to fly around bigfoot. The drone comes with a built in Stun gun that can stun bigfoot.


There are explosives including: Gas bottle, canister, dynamite, and car battery.

This is all about BIGFOOT – BigFoot Map Location Tip; I hope you enjoy reading the Guide! If you feel like we should add more information or we forget/mistake, please let us know via commenting below, and thanks! See you soon!