Both values can restrict your choices or influence the reactions from other characters in the game.

Status changes depending on the normal choices, like peeking at a girls a*s or your answers.

The score is updated at specific checkpoints like free roam scenes. You will be notified when it happens.

It sets the limits on the value that status can get, but the status and affinity values doesn’t have to be similar! Only after you reached a permanent affinity the status must be similar.

Your affinity is new calculated after every major choice. As long as the difference between D.I.K. and Chick major choices is not greater than 1 the status stays Neutral.

Every time you make a major Chick choice, one bar will be removed from the D.I.K. side. The same is vice versa. 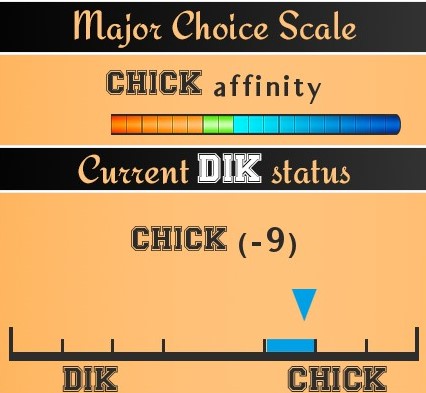 In this example it’s no longer possible to reach a Massive D.I.K. status, because there have been too much major Chick choices.

It’s still possible to reach a Huge D.I.K. status in the example. Even with a Neutral affinity or a Chick affinity.

The season guides are very helpful and totally worth their money. The page numbers are references to the pages in the guides.

1: Bella dislikes it if you did beat up Troy.

2: Many lewd scenes with girls from the HOT sorority are depending on this. You should accept, if you are on a Neutral or a D.I.K. path.

4, 8. If you don’t fight the Alphas you can’t fight Caleb at major question 8.

9. Jill and Bella dislike it, if you did punch Tybalt.

11. After this major choice you get from now on a permanent affinity, if you did choose always in the same direction.

14. Since now there is the new possibility to choose Neutral.

It’s a good path if you are focusing on Bella.

There are 3 different strict kind of neutral paths.

A) Have a Neutral affinity at the end of season 2

For the achievement Yin and Yang you need only a balanced ratio of D.I.K. and Chick at the end of season 2.

B) Have always a Neutral affinity

After every even number of major choices you have to decide which of the two next major choices is D.I.K. and which is Chick. If both choices would go in the same direction you would leave the Neutral zone of affinity.

Going for a Neutral status and affinity from start to end is a bit challenging and you should already have made a playthrough. You need to know what influences your status.

I got the idea for this guide when I planned such a Neutral playthrough.

2: Actually, I didn’t really care about either question. I talked to Steve (3) and chose to fight the Alphas (4), because I wanted to be able to choose at major question 8.

4: Now it got tough, because I did have to choose between fun with Jade (6) or extended fun with the strippers from the Pink Rose (5). I chose Jade.

8: I was friendly to Tybalt (9), because of Jill and Bella. The fight with Tommy (10) doesn’t have a negative impact on your relationship with him. It’s one of the hardest fights in the game, don’t be surprised if you loose (especially on hard difficulty).

There are achievements for both paths of affinity: Devoted CHICK and Devoted D.I.K. 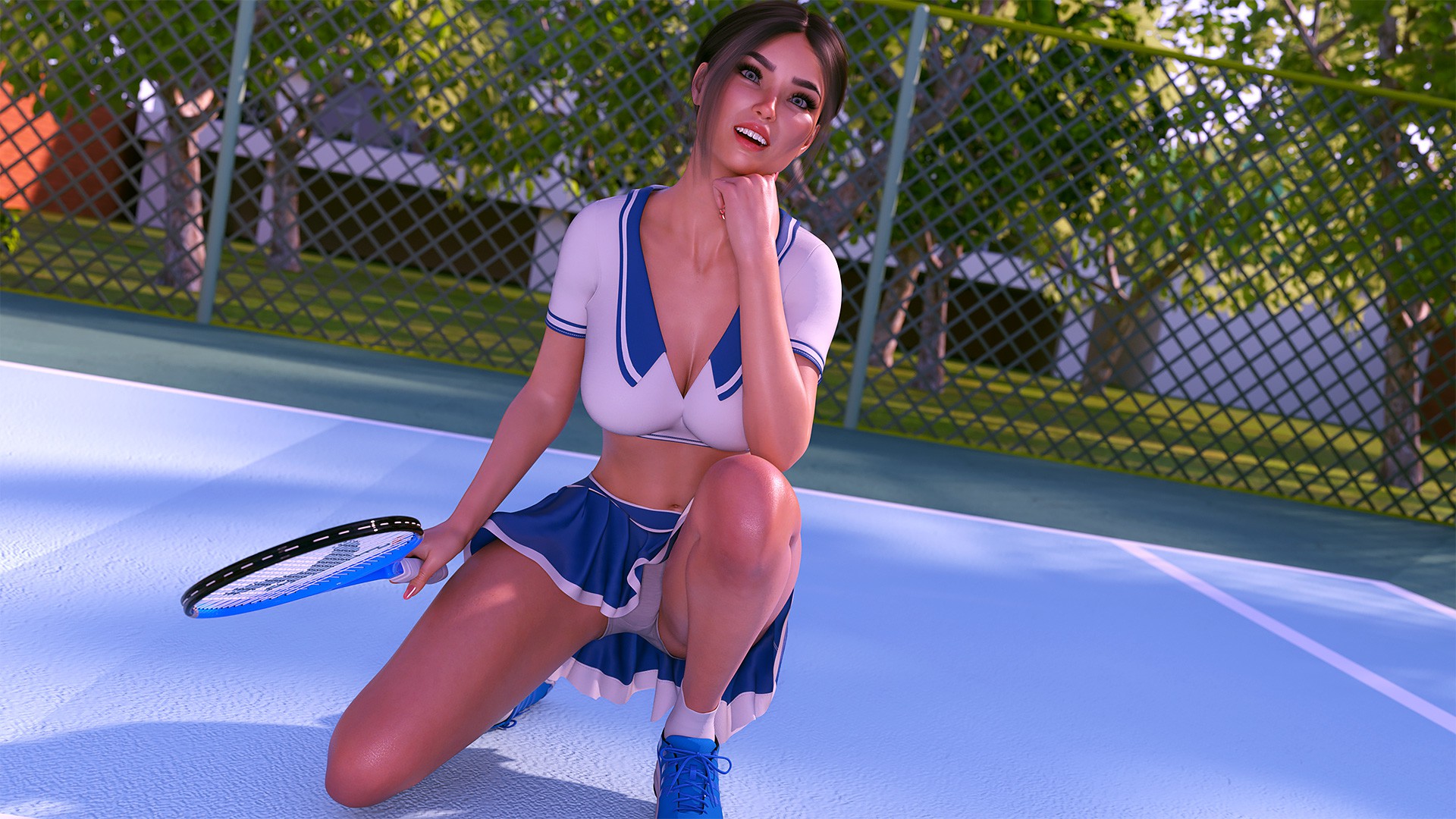 This path is good for relationships with Jill, Bella, Josy and Maya.

Even on the Chick path it’s possible to win the “Hell Week” against Derek. On this path the VIP pass is not really helpful, it’s better to use the money for the mansion

Also it’s possible to end in a relationship with Sage, but you can get all her scenes only on a D.I.K. path. 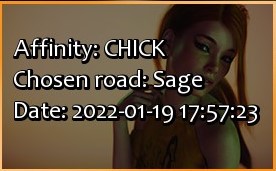 This is from a path with permanent Chick affinity and Massive Chick status.

There is an achievement for the special helmet: Your Majesty -Wore the helmet at every opportunity. It’s best to do it on a D.I.K. playthrough.

Take the VIP pass on this path!

This guide was made because I love this game.

Comments which are inappropriate or contain links will be deleted!

I hope you have fun.

If you have a question, please feel free to ask.

This is all about Being a D*K – Affinity and Major Choices + Status; I hope you enjoy reading the Guide! If you feel like we should add more information or we forget/mistake, please let us know via commenting below, and thanks! See you soon!