An explanation of the scoring system in Beat Saber as well as an introduction to the unofficial ranked leaderboards. 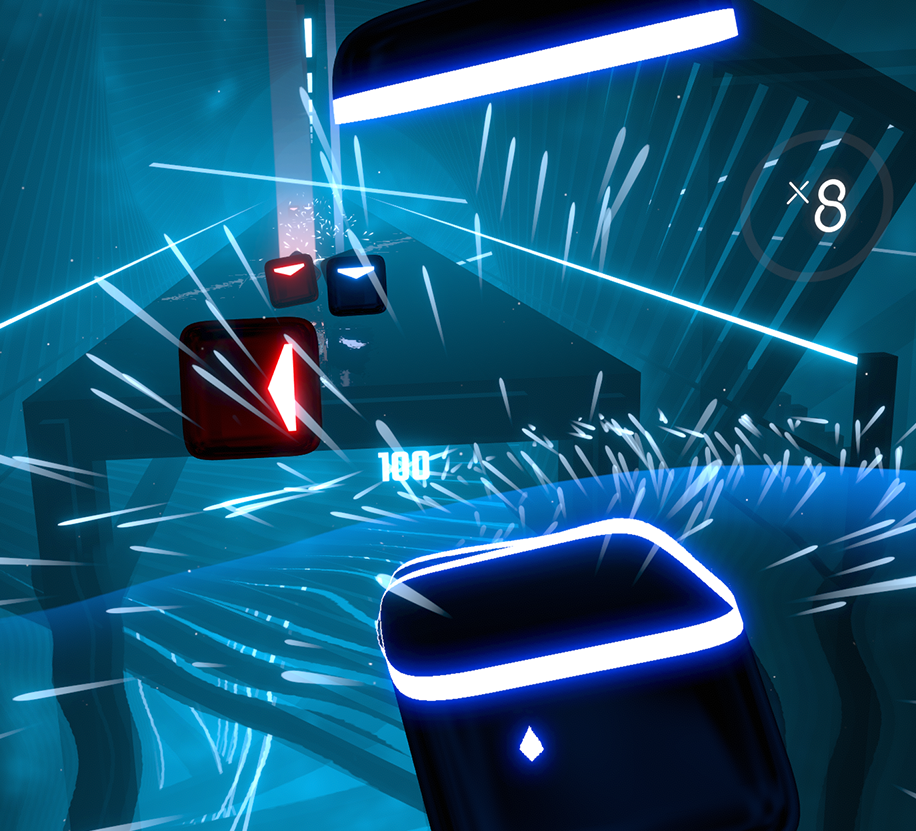 Every time you hit a block in Beat Saber, a score is given between 1 and 115. 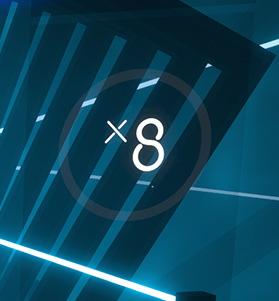 After your Hit Score is calculated, it is multiplied by your current Score Multiplier

The more blocks you hit in a row, the higher your Score Multiplier will be. The multiplier builds to 2x, then to 4x, and caps out at 8x. As an example, if you hit a block for 110 points, and your current Score Multiplier is 4x, the number added to your total score will be 440.

Doing any of the following will instantly reset your Score Multiplier back to 1x:

Resetting your Combo Multiplier can quickly put you behind thousands of points, so it is very important to keep a high combo, even if that means sacrificing some Hit Score accuracy. 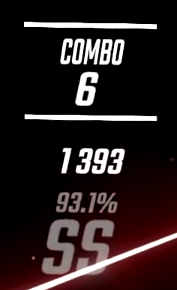 Accuracy is the percentage of your current score compared to what the score would be if the song was done “perfect” up to that point.


Different ranges of accuracy are assigned a letter grade as a quick and easy visual indicator for how you’re doing:

Your current accuracy can be viewed in-game if Advanced HUD is enabled in Player Options. 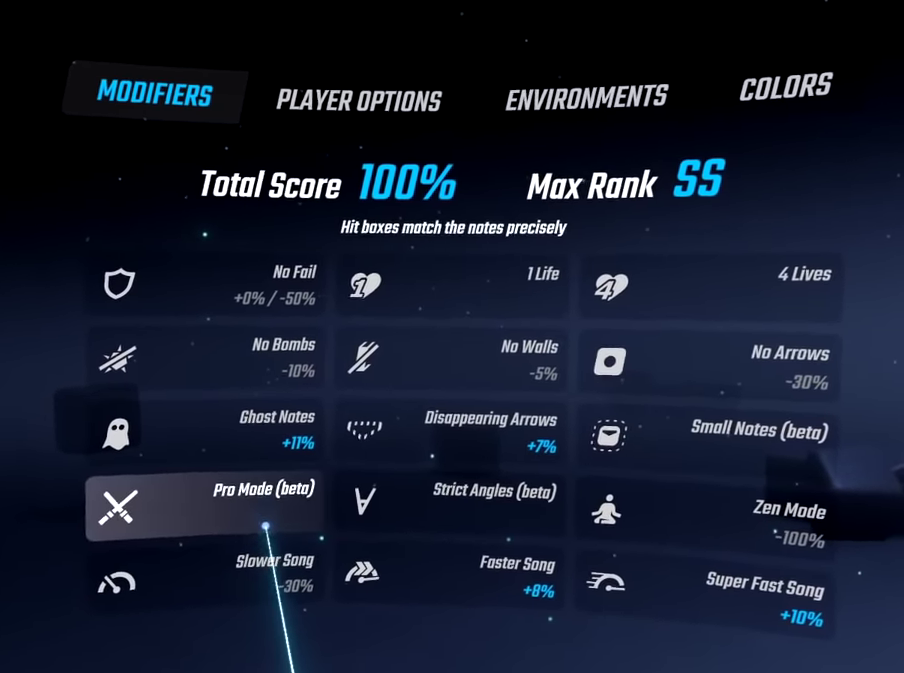 Modifiers can be used to make songs easier or harder, which will decrease or increase the score respectively. The amount in which this happens can be viewed when selecting the modifier in the menu.

In the lower-center of the game’s HUD is the health bar. The bar starts at 50% health, and is raised/lowered depending on your performance.

Every time you complete a map, you are awarded a certain amount of Performance Points depending on the difficulty of the map played and how well you performed. This number is your raw point value.


However, there is a curve to ranked scores. This curve is calculated using the equation 0.965^(x-1), where x is the position of the song in your profile’s ranked leader-board. Your raw point value, when put into this equation, creates the weighted point value. Only your weighted value is added to your total point score.

To simplify, every ranked PP score will be calculated as a percentage of your top score.

Your weighted and raw point values can be seen to the right of every ranked song on your ScoreSaber profile. – [scoresaber.com]  The number is blue in your raw value, while the smaller number in parentheses is your weighted value.


While it can be confusing at times, the Performance Point system is an effective way of competitively ranking players in Beat Saber. It allows players to enjoy a variety of ranked maps, while still making it worth it to go back and improve your bests. 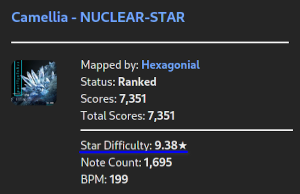 Ranked maps are assigned a Star Rating (★). The Star Rating system is a more precise way of displaying the difficulty of a map than the usual Easy to Expert+ system. Songs with a higher Star Rating will award more PP.


A map’s Star Rating can be viewed either on the ScoreSaber page for the map or in-game with the SongBrowser mod. – [github.com]

I hope this guide was able to help you. If it did, a rating would be very appreciated! If you have any questions, feel free to leave a comment.

The developers of ScoreSaber – [scoresaber.com]  – for creating the ranking system!

This is all about Beat Saber – An explanation of the Scoring System Guide; I hope you enjoy reading the Guide! If you feel like we should add more information or we forget/mistake, please let us know via commenting below, and thanks! See you soon!