Solution for every level. For those who struggle.

3) Another line of spearmen in case you have some money left.

This is the universal formation for beating most levels. Axemen tank, spearmen do damage from behind. Since spearmen have a longer range and can hit through allies, it’s better to make another line of them if you have extra money. Because axemen simply won’t reach. 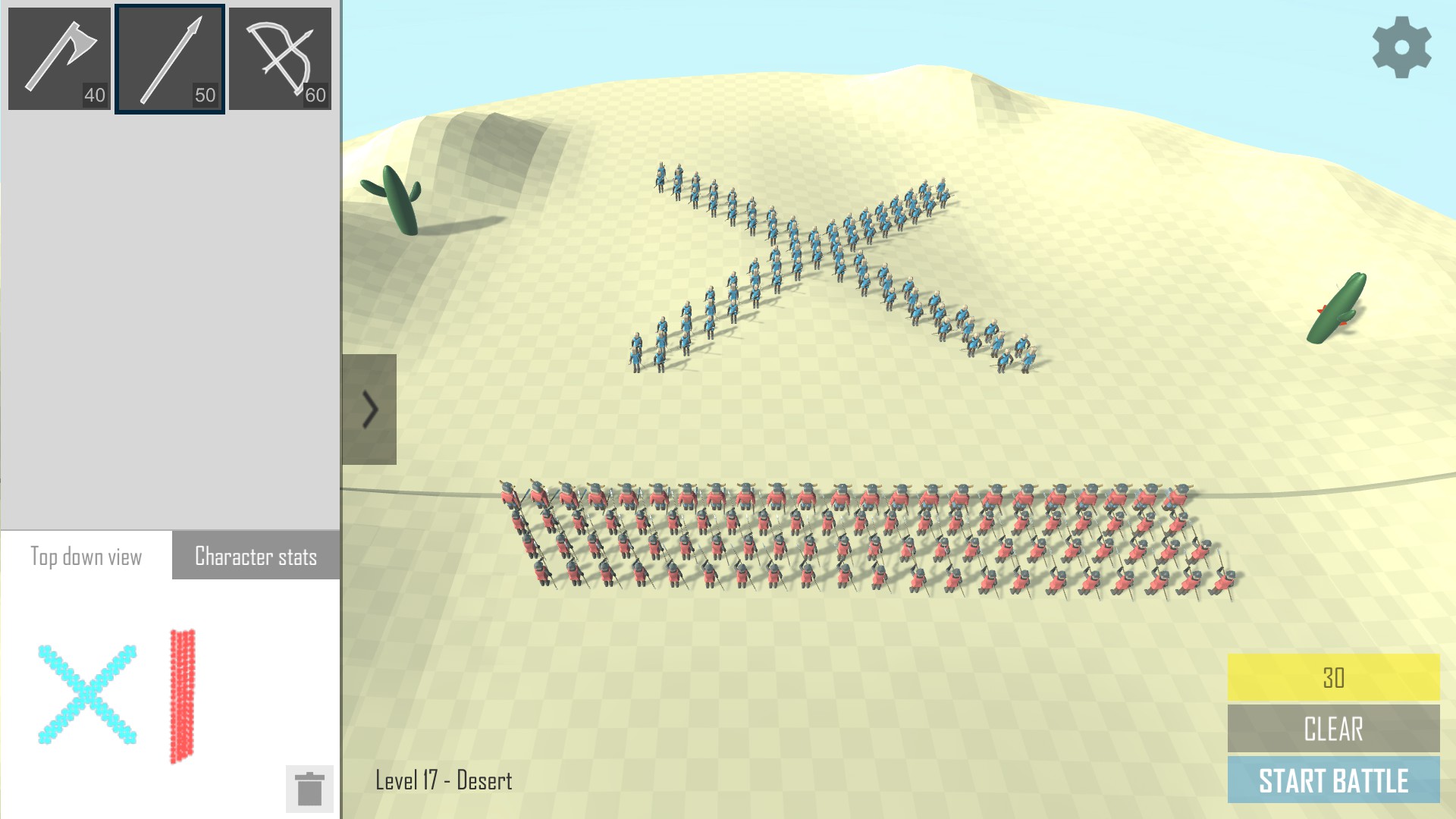 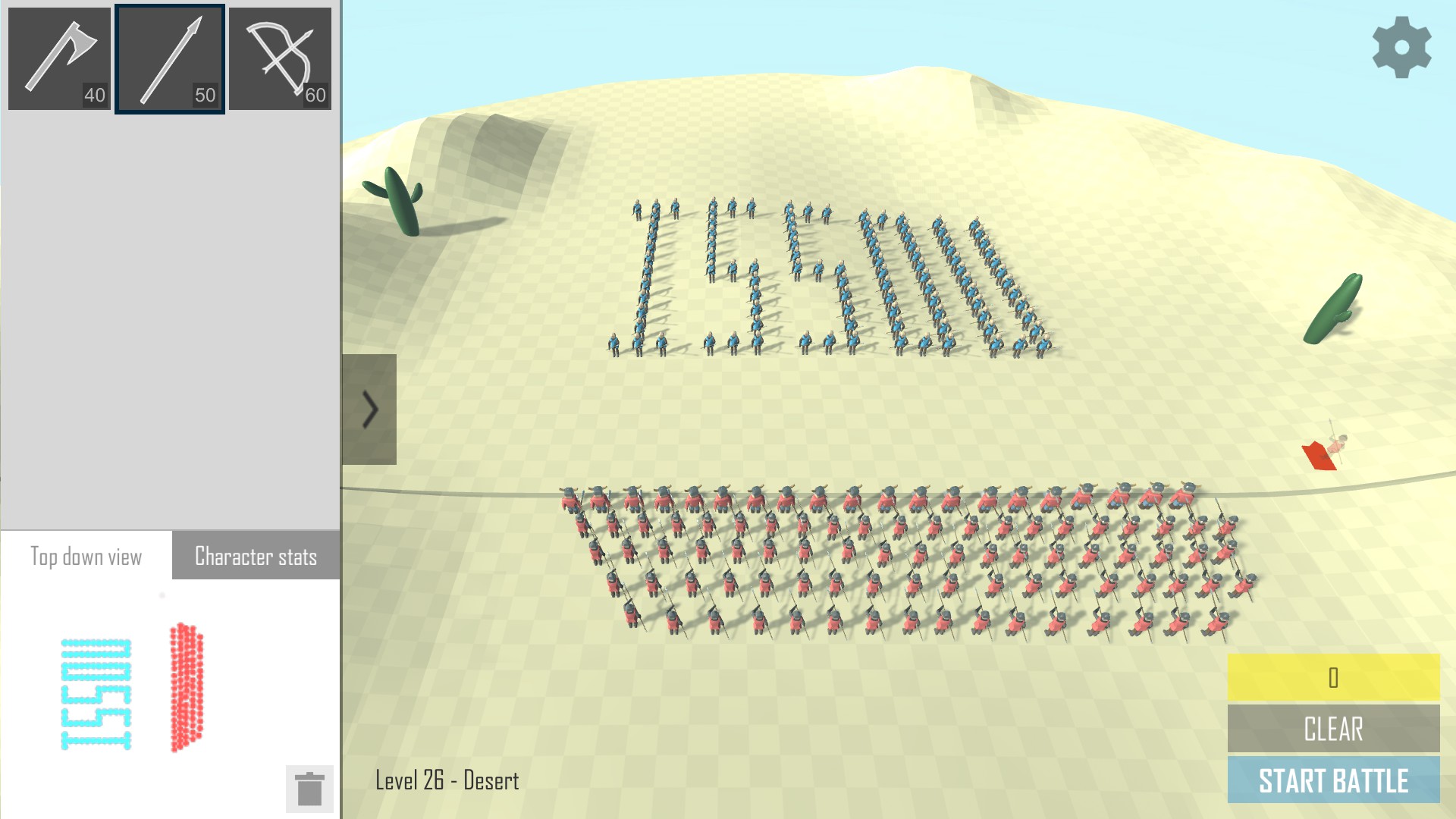 Usual formation didn’t work here. After some trial and error, adding a second line of axemen and two pockets of archers solved the problem. Placing archers on edges is required for all of them to shoot a single target and kill enemies faster. 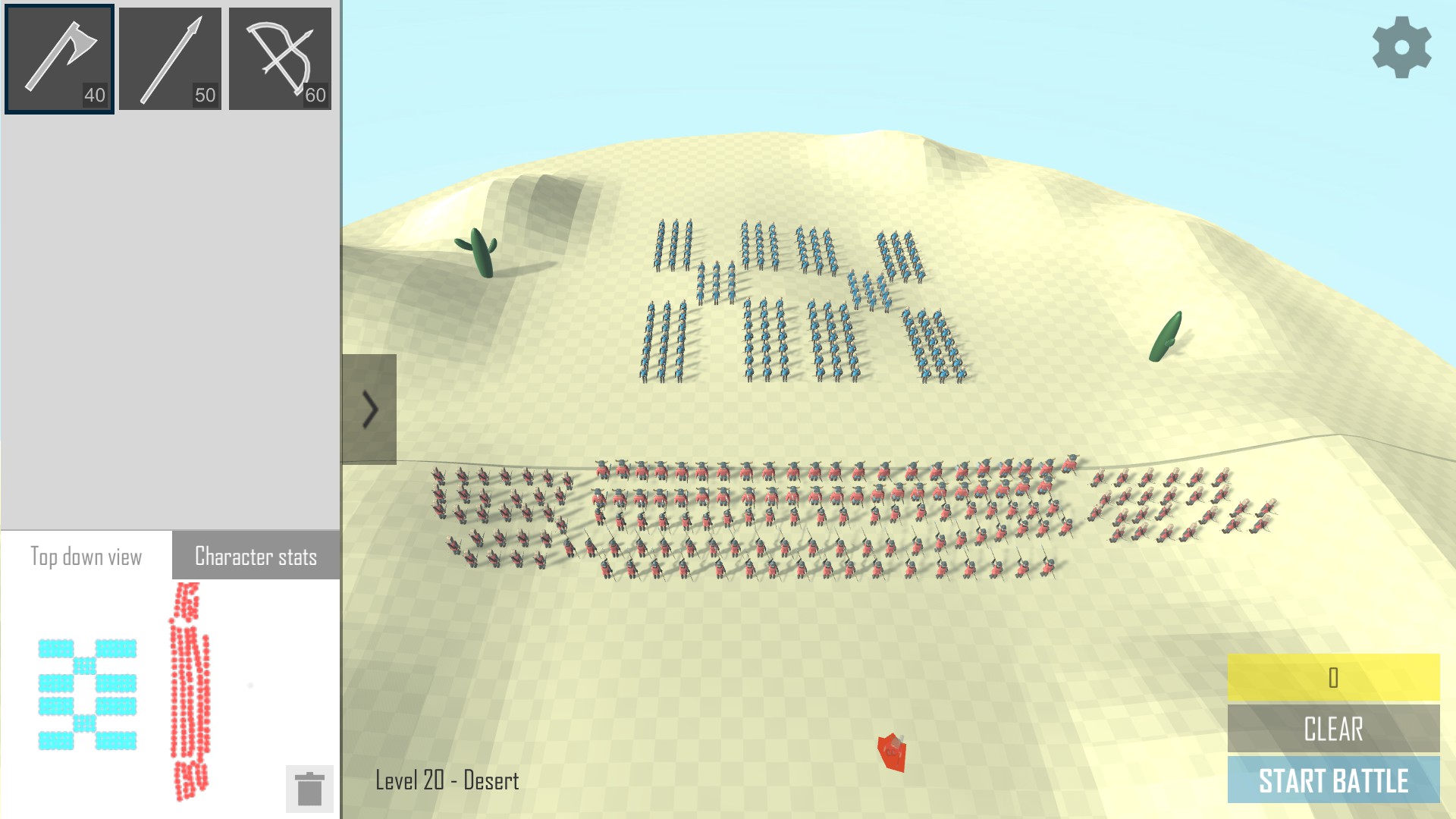 You simply have a lower budget than the enemy here. Might also be the case with other levels but I didn’t count. A line of axemen should do the trick. Blind luck might have played a part, so here’s a screenshot with exact formation. 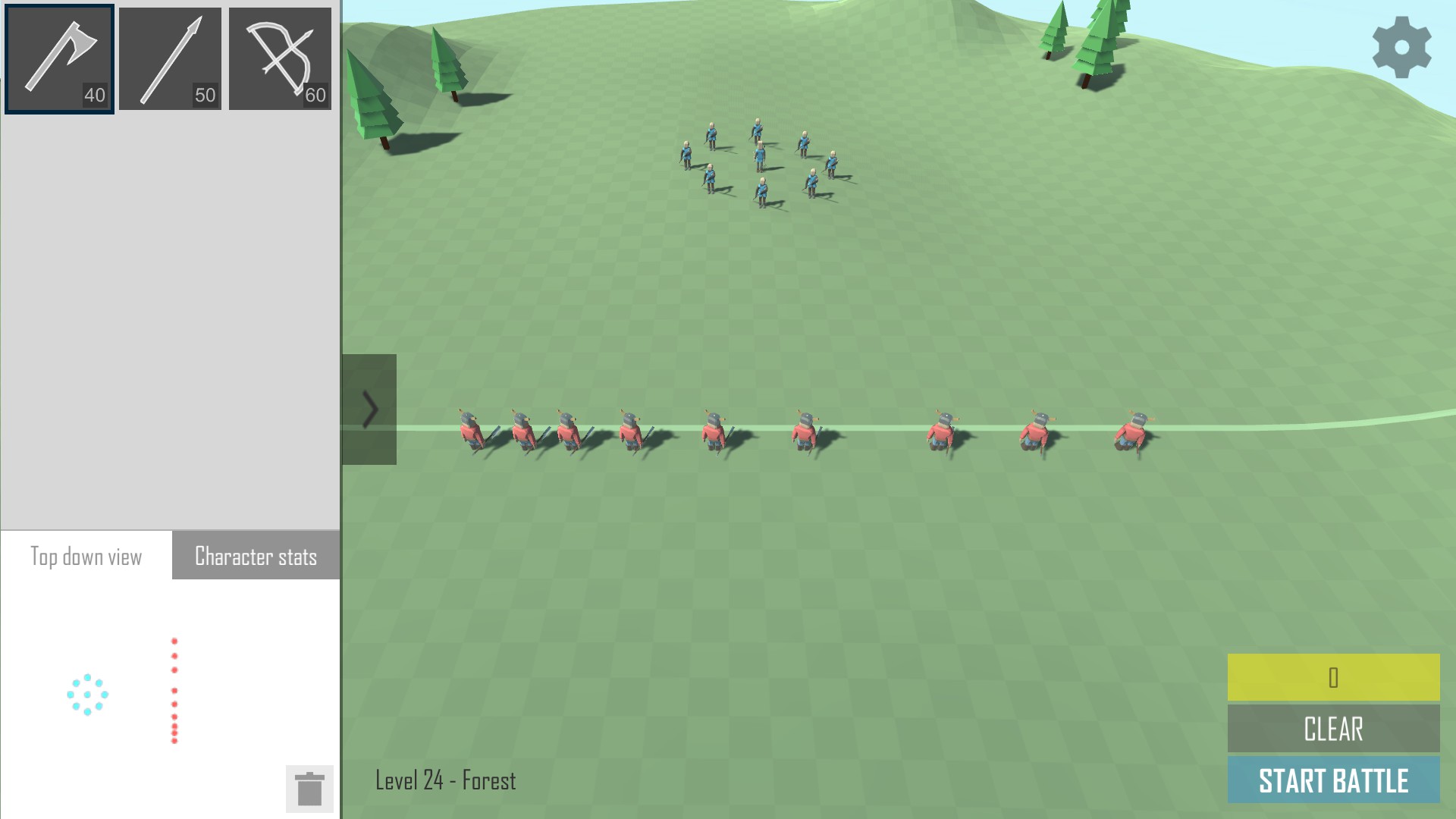 After a lot of trial and error, it turned out that a pocket of archers was the only necessary change. I had 2 archers at low hp by the end of it and luck may have played a role, so here’s the exact formation. 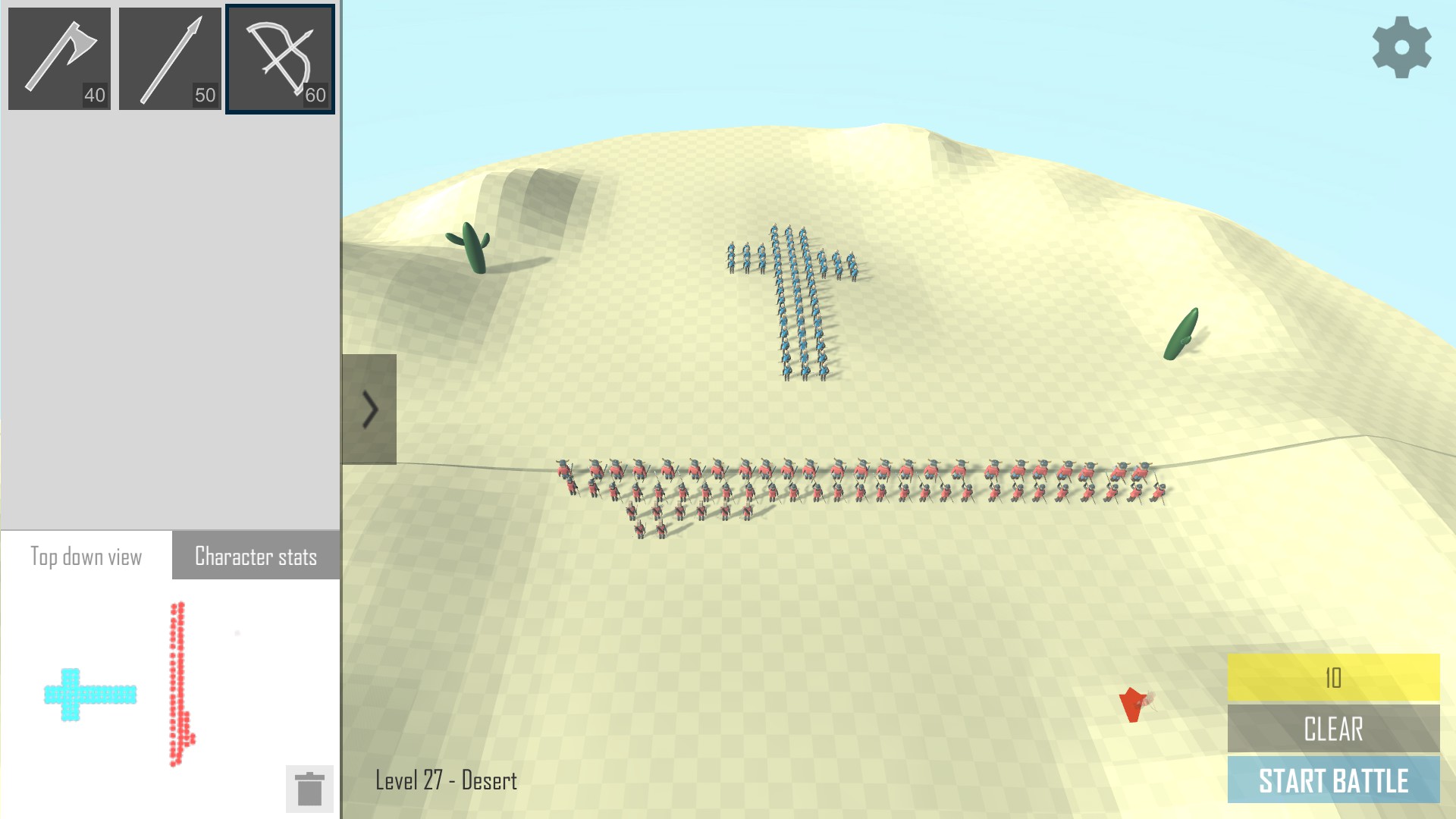 The game’s been out for 3 years. This is the first guide for it. There are conclusions to be made from that.

Hope you enjoy the Guide about Battle Simulator – Beating every level, if you think we should add extra information or forget something, please let us know via comment below, and we will do our best to fix or update as soon as possible!