An in depth explanation of how I would recommend the developers to address speed-running as a viable strategy that is rewarding yet more aligned with the power of standard teamwork centric gameplay.

Rest in Peace melee holly. Still a viable strategy once you get a few cards deep as a ridden lawn mower but is no longer capable of instantly downing a tallboy in two swipes with an axe or stumble locking it with a bat. Point being it is still viable despite the direct nerfs though played as a sustain tank, clearing commons while your DPS focuses mutations. 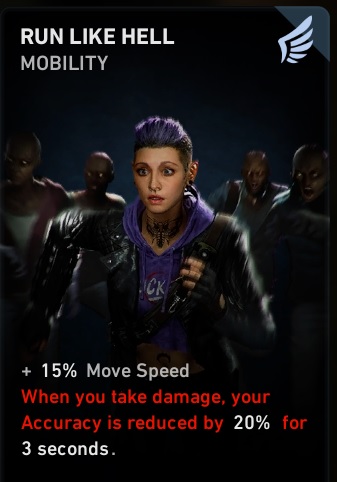 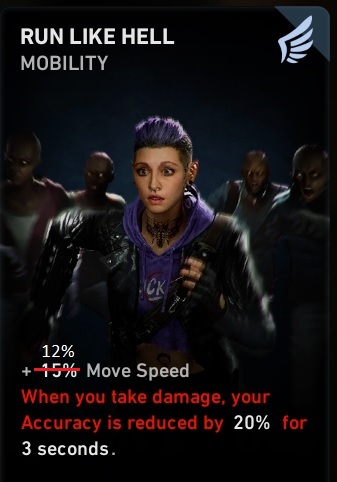 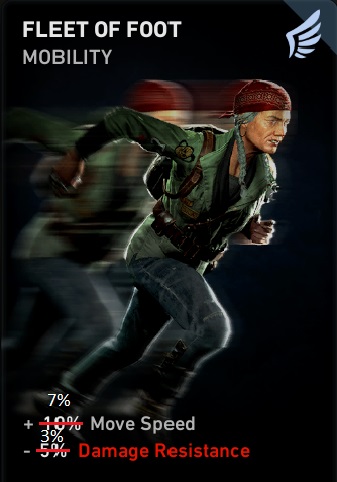 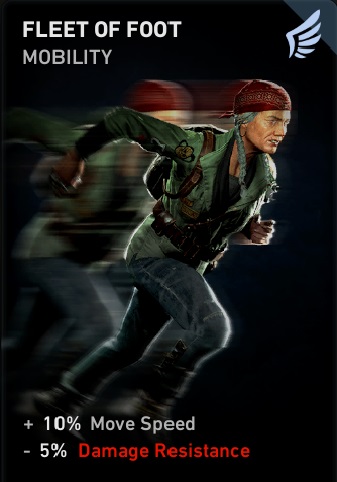 The core game play of speed running is percent stacking your cards and movement speed stocks so you can essentially outpace the ridden between your stamina regeneration moments by simply walking.


By decreasing the percentage by 6%, 3% per card you are required to dip into an additional movement speed card to offset this nerf (i.e. Speed Demon). Slowing down your progression and max speed. Albeit due to the card Dash becoming indirectly stronger as a: +5% Move Speed card the damage resistance would need to be adjusted to compensate from -5% to -3% on Fleet of Foot. 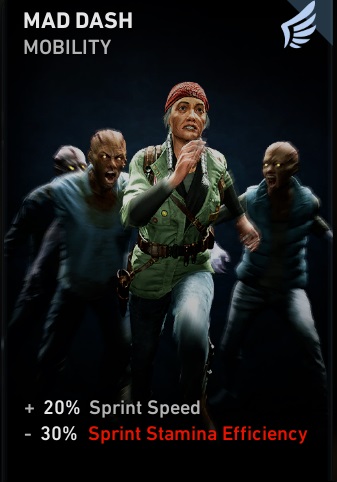 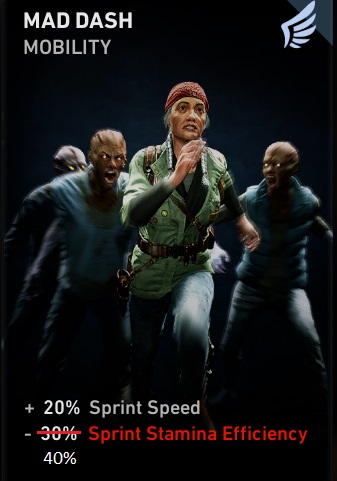 
Now Mad Dash on the other hand should not lose ANY sprint speed but we as a community need to realize the purpose of this card. I’ve played with several different groups and one thing that had people clamming up, shake their head and go into a fetal position is the topic of taking speed cards on standard runs. Often exclaiming to the point of kicking/quitting the run: “We are not speed-running.” Though this card in particular is great at getting distance from tallboys, crushers, reekers, and exploders as they pose a great threat in close quarters. Increasing the sprint stamina efficiency cost would greatly reduce the length at which speed-runners can run prior to getting winded and forced into regenerating stamina. On the other hand those using it for short bursts of sprinting would still acquire the full benefit of this card.

As we do already have a ping system in the game to judge distance, as well select cards like Overwatch, Face your Fears, and Broadside that utilize distance for how they work. I would suggest to the developers to have each cleaner maintain a 30 meter ring of aggro and 50 meter ring of mutation, and ridden spawn radius. If you’re grouped together within a 50 meter radius of at least 2 cleaners have a higher tallboy/reeker variant spawn chance. And if you’re greater than 100 meters from your closest cleaner increase the spawn chance of stinger mutation variants as they are designed to pick people off.


Primary reason why speed-running in public matches/discord found groups is so strong is due to the ability to split your group into speed-runners and non-speed-runners so you can loot everything as you would in a standard run while all aggro is being dragged away by your runners. By having each individual cleaner maintain their own spawn radius for mutations and commons it’ll make the decision tougher and prevent the ability of creating an “empty, safe world full of loot” for your team.


I’m hopeful for upcoming updates later down the line. Not only with a new mutations but also hopefully we get to experience new keywords/modifier such as “sniper” for the Stinger variant to force you to hide behind cover or it’ll lock on and hit you regardless of your movement speed similar to the ogre bug where his giant, fleshy projectile (colloquially known as Meatball) would lock on and hit you guaranteed unless you were behind cover (i.e. tree’s, tunnels, in houses) so it would hit the cover instead of you. Due to this bug I’m certain it’s possible within the game’s limitations to offer such a strong keyword.

This is all about Back 4 Blood – Speed-Running Best Strategy Gameplay; I hope you enjoy reading the Guide! If you feel like we should add more information or we forget/mistake, please let us know via commenting below, and thanks! See you soon!