A frogman is someone trained in scuba diving or swimming underwater in a tactical capacity that includes police or military work. Such personnel are also known by the formal name of combat divers.

The name “Frogmen” refers historically to divers of the Italian Navy and was initially coined by sailors of the English fleet. The The WWII Italian commando divers were allegedly nicknamed this because of their green, shiny suit with large lateral fins.

Many nations and some irregular armed groups deploy or have deployed combat divers. 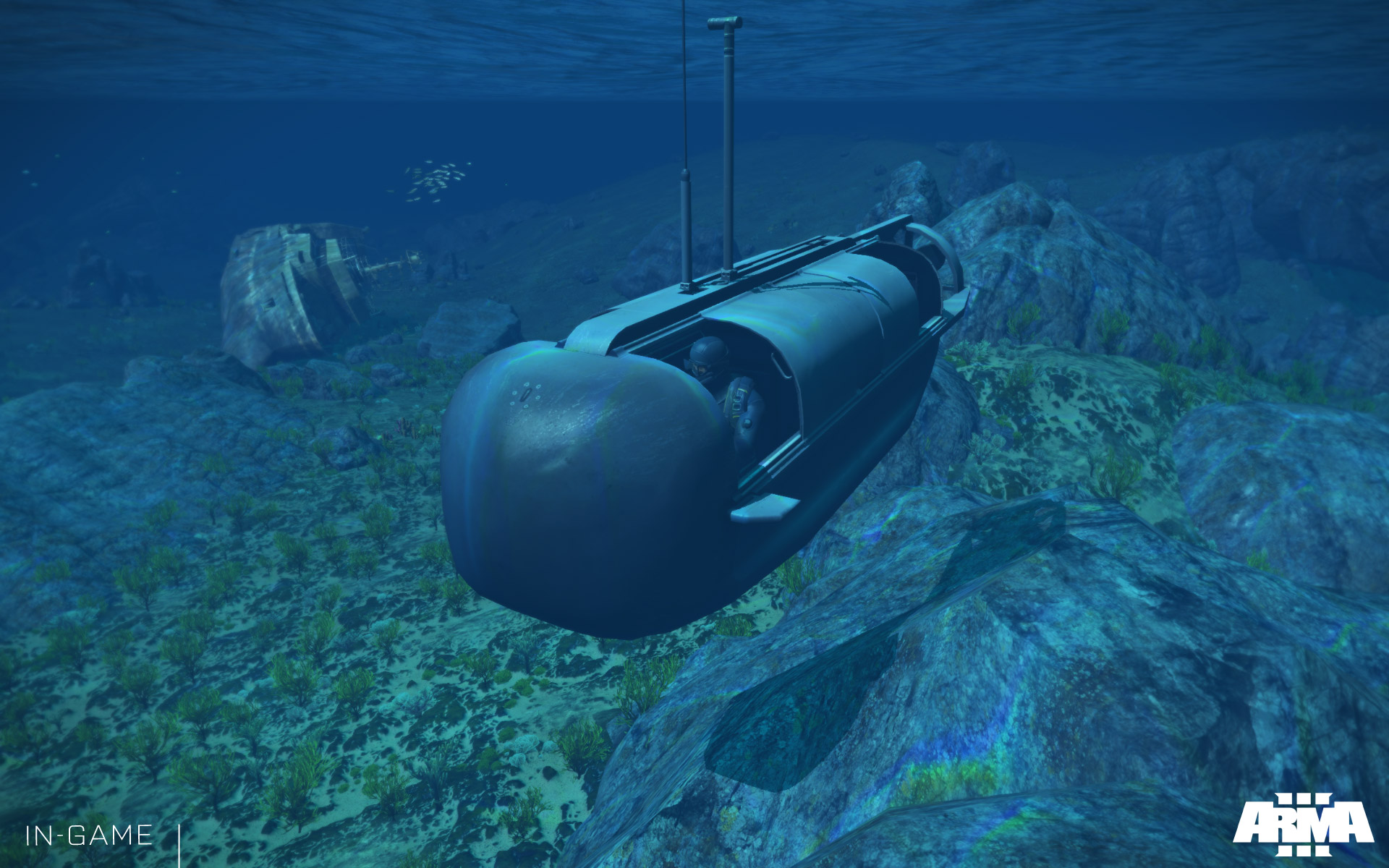 During WWII, their main purpose began with reconnaissance and underwater demolition of natural or man-made obstacles obstructing amphibious landings, such as Clearance Divers of the British Royal Navy and Royal Australian Navyor the Underwater Demolition Teams (UDTs) of the U.S Navy. These tactical diving branches became pioneers in underwater demolition, closed-circuit diving, combat diving, amphibious raids / tactics and midget submarine operations. Post WWII, UDTs continued to research techniques for underwater and shallow-water missions. One area was the use of Scuba equipment. 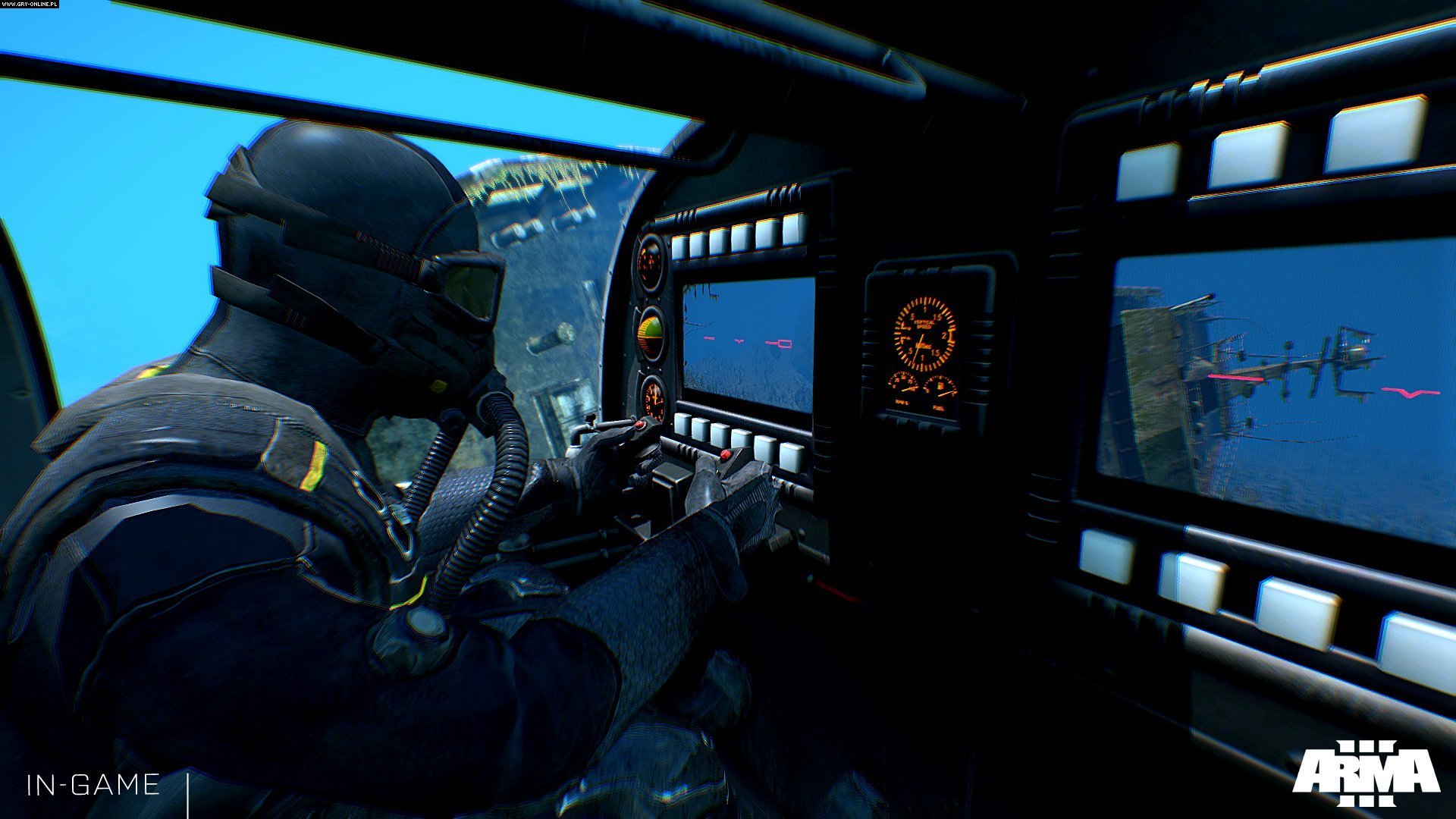 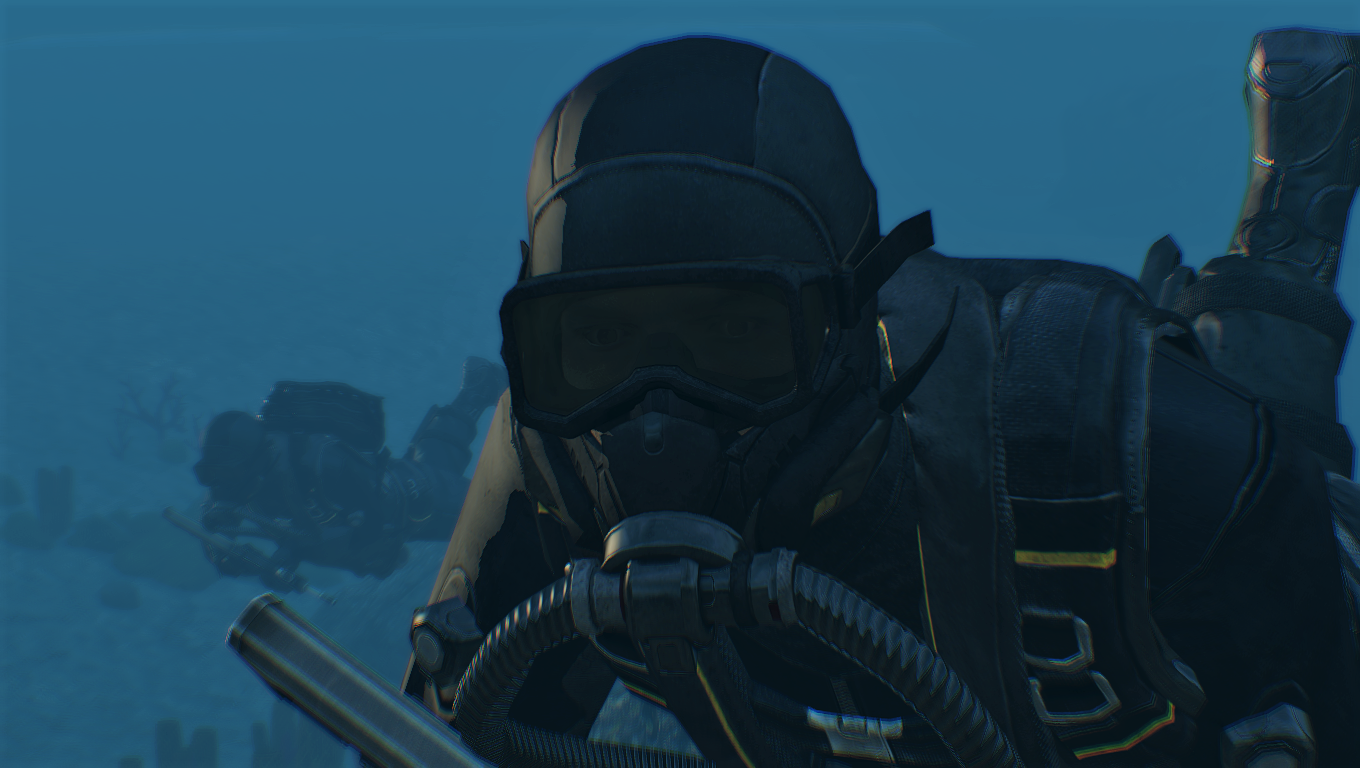 Equipment:” title=”Arma 3 – Introduction to the Frogman – Combat Diver – Equipment:” alt=”Arma 3 – Introduction to the Frogman – Combat Diver” title=”Arma 3 – Introduction to the Frogman – Combat Diver” />
Frogmen on clandestine operations use closed circuit mixed gas rebreathers, as the bubbles released by open-circuit scuba would reveal them to surface lookouts and make a noise which hydrophones could detect. In rebreather scuba, the system recycles the exhaled gas, removes carbon dioxide, and compensates for the used oxygen before the diver is supplied with gas from the breathing circuit. The amount of gas lost from the circuit during each breathing cycle depends on the design of the rebreather and depth change during the breathing cycle. Gas in the breathing circuit is at ambient pressure, and stored gas is provided through regulators or injectors, depending on design. 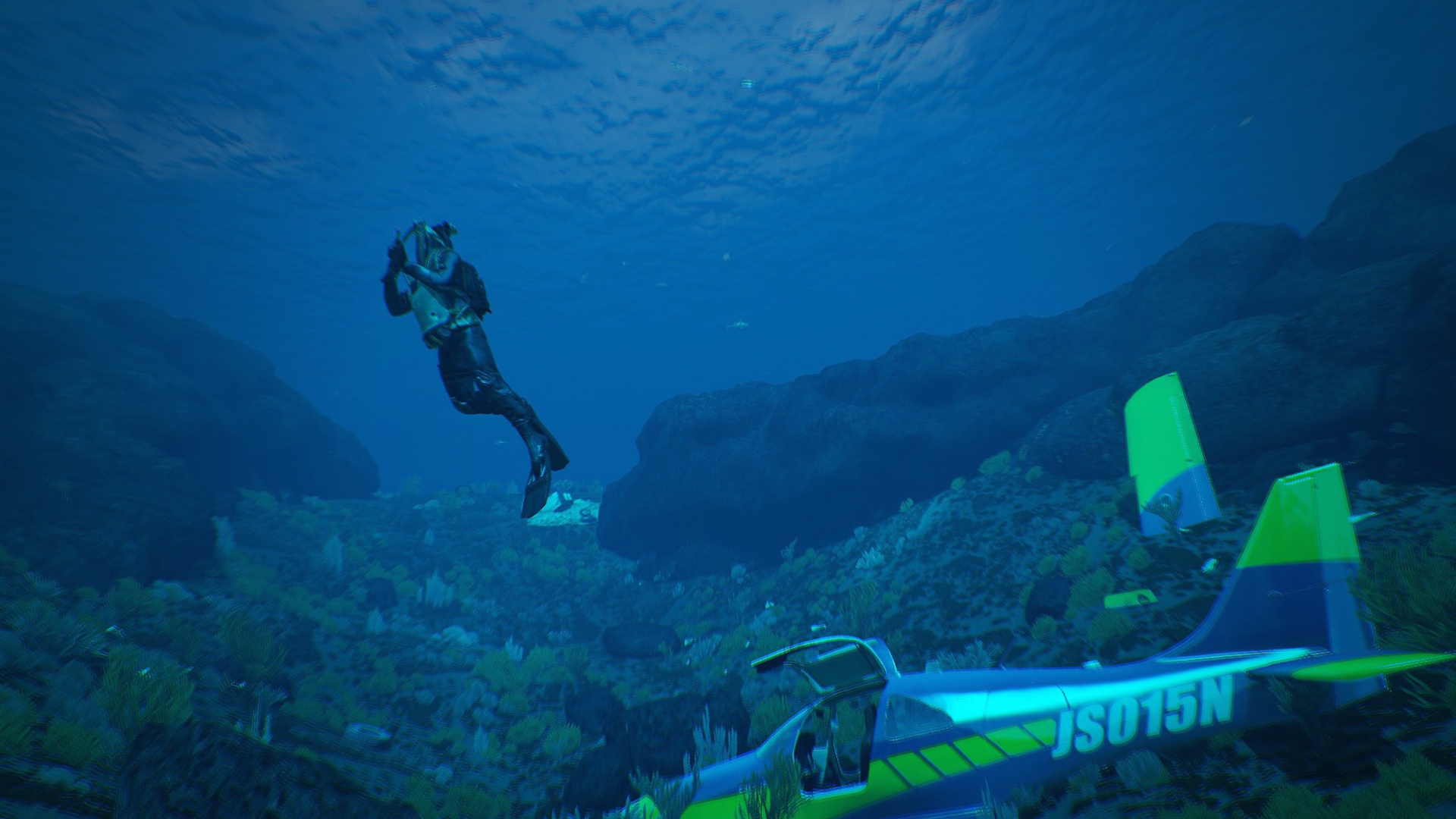 Tactical diving is a branch of professional diving carried out by armed forces and tactical units. They may be divided into:

*These groups may overlap, and the same may serve as assault divers and work divers. ^ 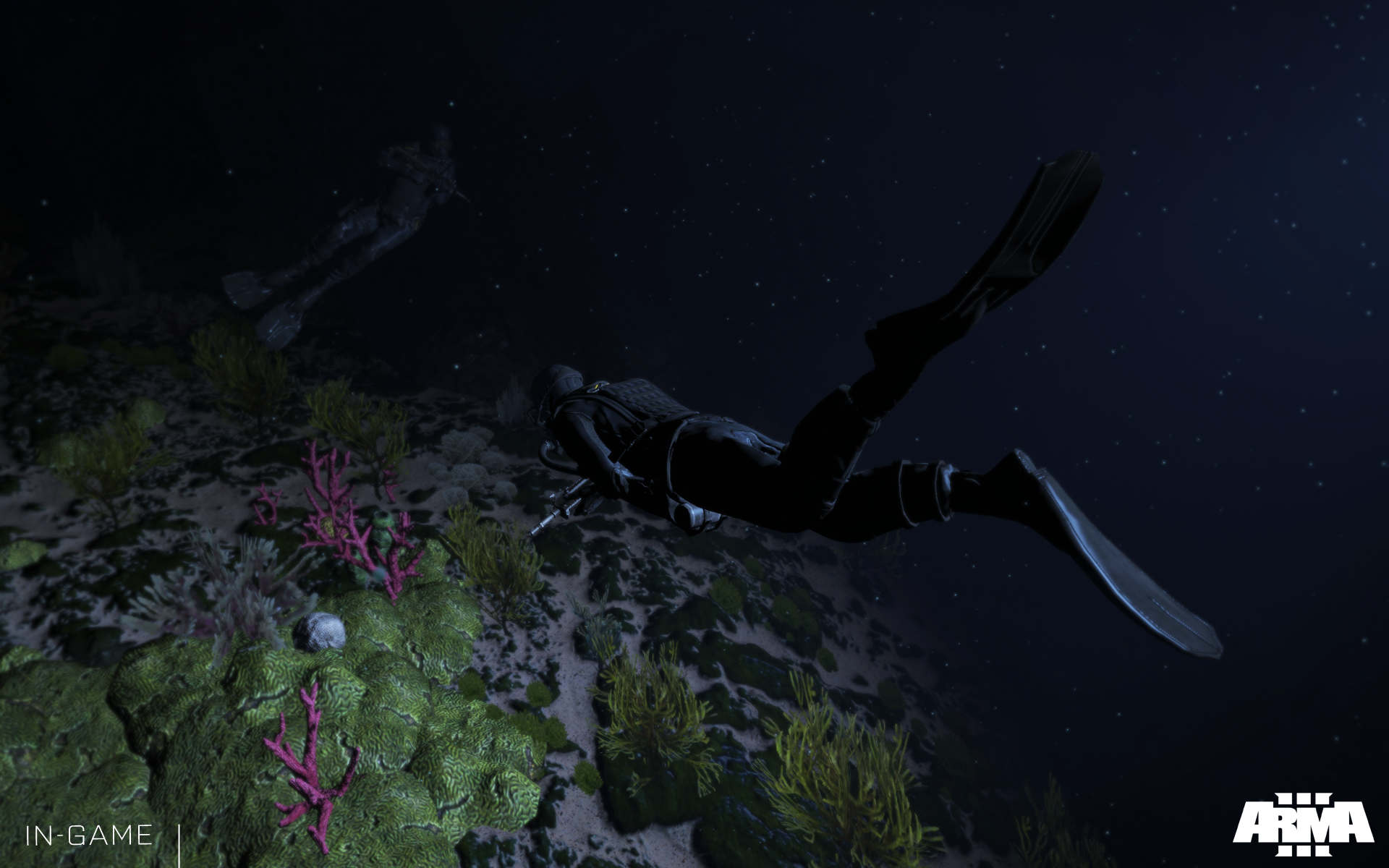 The range of operations performed by these operatives includes:

Typically, a diver with closed circuit oxygen rebreathing equipment will stay within a depth limit of 20 feet (6.1 m) with limited deeper excursions to a maximum of 50 feet (15 m) because of the risk of seizure due to acute oxygen toxicity. However the use of nitrox or mixed gas rebreathers can extend this depth range considerably, but this may be beyond the scope of operations, depending on the unit. 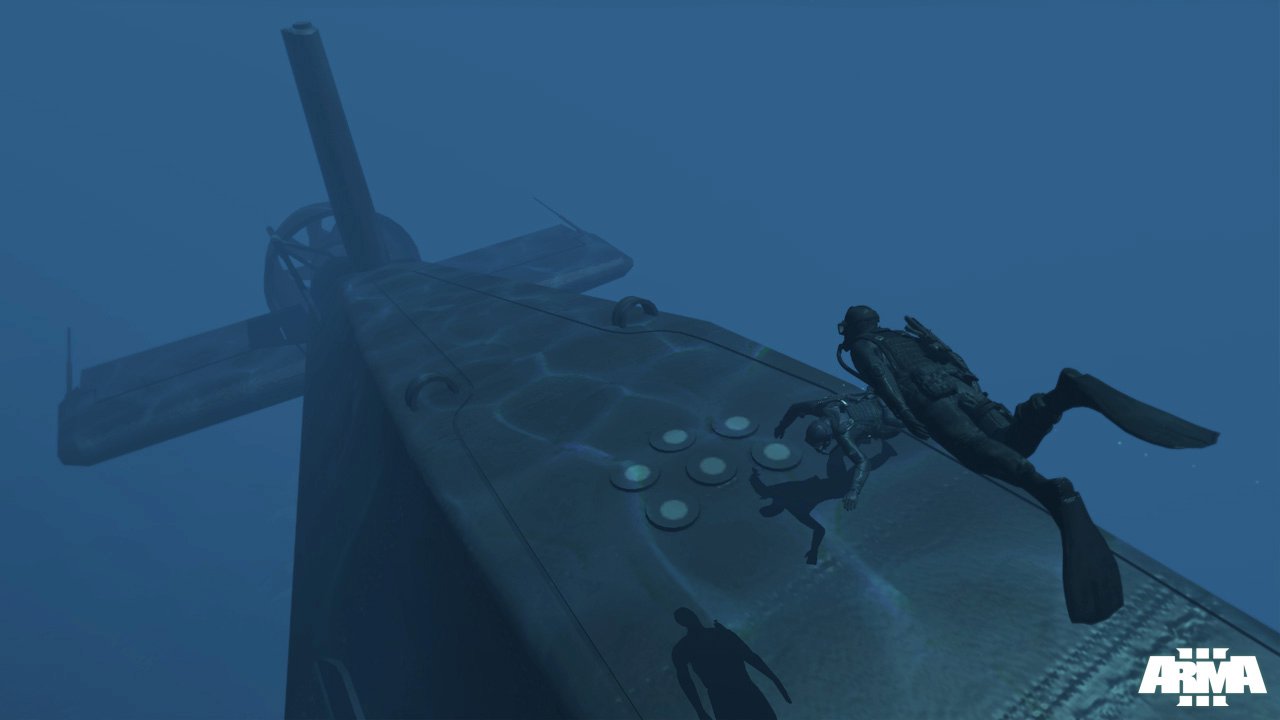 Divers will often use Diver propulsion vehicles (DPVs) also known as Swimmer delivery vehicles (SDVs) to increase range underwater. A “submersible canoe” Italians successfully applied by the Italian Navy early in World War II. The official Italian name for their craft was Siluro a Lenta Corsa (SLC or “Slow-running torpedo“). The vehicle was then copied by the British when they discovered the Italian operations and called it the “Sleeping Beauty” or Motorised Submersible Canoe. The same capability was adopted by the American Underwater Demolition Teams in 1947 – It had to go through a process of iteration in order to demonstrate functional military potential – it did when their Mark VII SDV entered service in 1972. 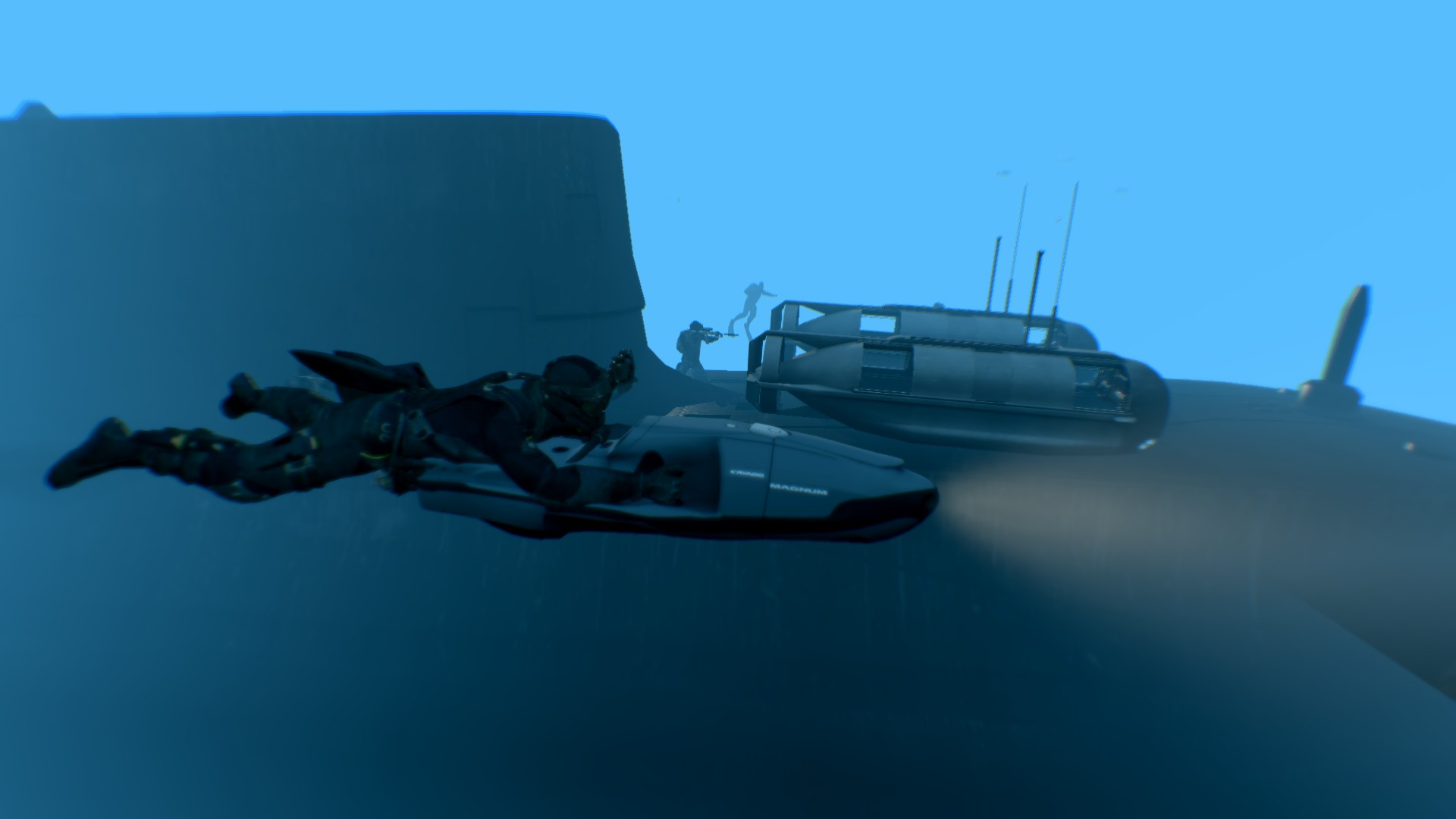 Hope you enjoy the Guide about Arma 3 – Introduction to the Frogman – Combat Diver, if you think we should add extra information or forget something, please let us know via comment below, and we will do our best to fix or update as soon as possible!